Photo by Robert Huber
Oliver Waespi, born in Zurich in 1971, studied composition as well as conducting and film music at the Hochschule für Musik und Theater Zurich and completed his studies at the Royal Academy of Music in London and in masterclasses. His tutors include Simon Bainbridge, André Bellmont, Gerald Bennett, Sylvia Caduff, Peter Maxwell Davies, Brian Elias, Klaus Huber, Mark Kissoczy, Andreas Nick and Alfred Reed. Oliver Waespi’s music is performed by symphony orchestras, chamber ensembles, soloists, choirs and numerous symphonic wind orchestras and brass bands all around the world. Works by Oliver Waespi have been performed at the George Enescu Festival, the Gstaad Menuhin Festival, the BBC's Hear and Now concert series, Swiss National Band Conventions, WASBE World Conferences, WMCs, CBDNA Conferences, European Brass Band Festivals and numerous other festivals and concerts. In addition, he regularly conducts workshops, works as an adjudicator and teaches at the Bern University of the Arts.

Oliver Waespi pursues a wide range of musical interests, which leads him to composition projects in various areas. This also creates references to other art forms. Works such as "Volatile Gravity" for Jojo Mayer and the Basel Sinfonietta, "Viaduct" for the BBC Philharmonic Orchestra or "Hypercube" for the Paris Brass Band can be heard as musical interpretations of urban landscapes and architectures. A project for the Ensemble TaG led to the combination of music with contemporary dance. Various pieces have references to poetry, such as "Flut" for the BBC Singers, "Nachtferne" for the Berne Chamber Orchestra, "Azur" for l'art pour l'Aar, "Weisser Atem" for the Brodsky string quartet, or "Ad Astra" for the Nouvel Ensemble Contemporain.

Some of Oliver Waespi’s works are reflections on folk music and early music. These include "As If A Voice Were in Them", "Traversada" or "Audivi Media Nocte". The latter piece brought him worldwide recognition among leading ensembles and reflects Waespi's approach of combining individual, groove-related rhythms with the spatiality of orchestral structures. Other examples in this line of thought are pieces such as the "Divertimento" for the Swiss Wind Band Convention, "Out of Earth" for the symphonic wind orchestra Aulos or "At the Crossroads", commissioned by the Jena Philharmonic and the Brass Band BlechKlang. Several solo concerts complete Oliver Waespi’s body of work, including concertos for guitar and flute, harp and piano, french horn, trombone, euphonium and tuba. 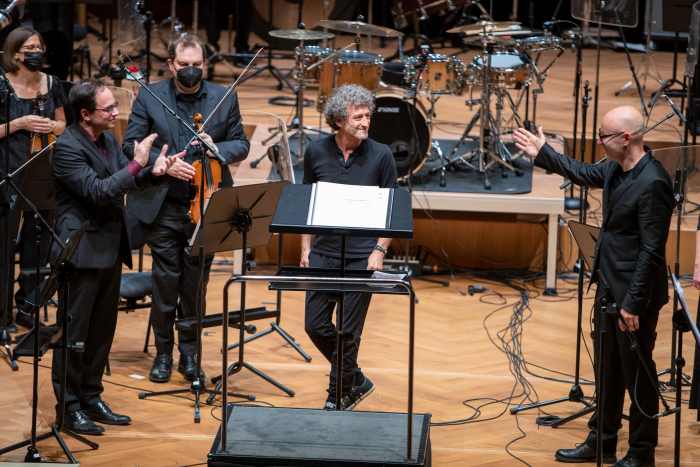 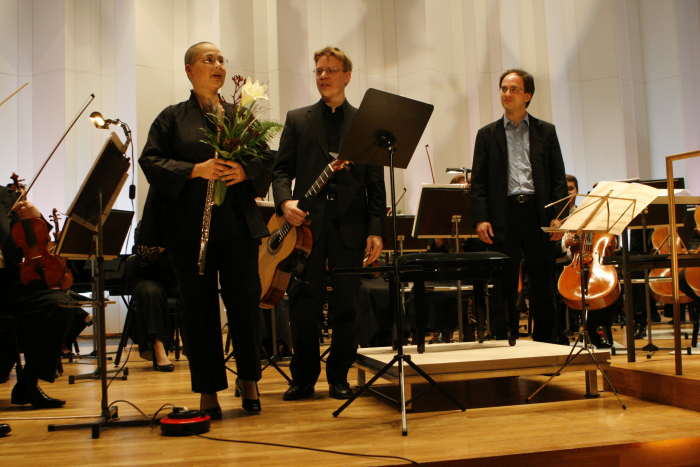